Over the years I’ve been lucky enough to see tons of live music in Manchester, from Tool to James to Soundgarden to The Damned to Parliament Funkadelic and more, there are a lot of great live music venues in and around Manchester, and here are a few of the ones that stick in my mind as cool venues to either watch bands or play at in a band.

This isn’t a top 10 list, or in any particular order, these are just great venues I wanted to shout about.

Band On the Wall Playing at Band On The Wall As a Performer:
This venue holds a special place to me, it’s small but perfectly formed, with a decent sized stage (it’s long and narrow, so great for larger bands but space can get pretty tight if there are three bands on!).
The PA and sound set up is incredible for the size of the venue and in my experience the sound guys are ultra-professional and get the very best out of your sound.
Pre gig it’s really chilled out with superb access for band vans – The stage door is literally on the pavement and access is easy with no stairs.
Awesome, private dressing rooms and good local options for food round it all off to create a top place to play.

The layout of the venue creates a good atmosphere too, the last time I played there with my band SWJ Group we were lucky enough to be supporting James Taylor Quartet so the place was rammed, and the whole night really felt alive.

Visiting Band On The Wall As a Customer:
There is a decent bar area attached to the front of the venue where you can chill before the gig, it’s airy and open and a nice place to be.
Band On The Wall is one of those venues – A cornerstone of the Manchester live music scene, and although it’s biggest claims to fame are probably in the Jazz community it offers something for everyone.
Directions to Band On The Wall Manchester

27 Blossom St – Ancoats – Manchester – M4 6AJ
Jimmy’s Manchester Website
An offbeat venue here, and a real hidden gem.
It may not be the Manchester Arena, but it’s a cool, small place that deserves a spotlight shining on it. Playing at Jimmy’s Manchester As a Performer
The first thing that hits you about Jimmy’s is the size – it’s pretty tiny!
We played there as part of a three band line-up and you need to share a drum kit here, so make sure you’re all good with that.
Ideally bass amp too, we managed to fit everything in, but it was a squeeze.
To be honest, it adds to the fun in my opinion, and gets you talking to other bands!
The sound guys and set up was superb, and the took time to make sure everyone was happy. They were also really patient, and helped to fit all the bands gear on stage.
Could not have been happier with them.

On the night we were joined by Velvet Shakes and Pagans S.O.H. and it was packed, hot, sweaty – Proper gig.
The dressing room is tiny, but out of the way and secure, I guess ‘cosy’ is the word here, there is room for your coats and bags however.

A thing to note, if you are selling tickets to a gig here there is limited space to have someone let people in, we managed it, but space was tight.

Visiting Jimmy’s Manchester As a Customer:
Jimmy’s has an upstairs bar area which, while small, is really nicely laid out, lots of sofas and places to hang out before the gig.
In the gig are there is a section that also has sofas, chairs, tables and it’s a really nice place to be.
Directions to Jimmy’s Manchester

101 Princess St – Manchester – M1 6DD
Satan’s Hollow Facebook Page
Now, I haven’t played here but wanted to give Satan’s Hollow a shout out as it’s one of the more unique venues in Manchester and one you may miss out on. Visiting Satan’s Hollow As a Customer:
This place is a night club / rock club by trade but also hosts live music.
The interior decor of this venue makes it worth a visit alone, it’s no exaggeration to say it’s probably the most creatively decked out place in town and a must see.

Every inch of the venue has been professionally kitted out so the whole place looks like hell – it’s a sight to behold, from cobbled floors to a huge Satan peeping out over the DJ booth / sound desk, the team who created this usually work on film sets and it’s up to that kind of standard.

The live music area is also just as unique, the bands play in the middle of the room on a circular stage, so you get a view of the live performers from any angle you choose – A really cool feature and not one I have seen before.
The PA is loud, clear and bright, and the atmosphere is incredible at the handful of gigs I have seen there.

Since it is at heart a night club it’s dead easy to get a drink, large bars flank both ends of the place.
Directions to Satan’s Hollow Playing at The Ritz As a Performer:
I was lucky enough to play here recently with SWJ Group supporting soul / R&B legends Tower Of Power.
It’s a larger venue with a capacity of 1500, and it was full when we hit the stage, which was quite a sight.
This is a professional venue through and through, so from easy access to in house trolleys to put your gear on, they have it nailed down.
The sound guys were exceptional here, really friendly and really took their time to extract the very best sound out of us.
The venue itself is essentially an old Dance Hall, so lot’s of period features and a real sense of history about the place.
Dressing rooms are huge, staff are awesome, stage is massive and the sound is incredible, it’s a night I will always remember, even the merchandise stand we got was cool, cannot fault this place, if you ever have the chance to play a The Ritz grab it.

Visiting The Ritz As a Customer:
This is much more of a traditional venue, so no real separate bars going on here, it’s very much a place you come to to watch a band, sup up and leave.
It’s easy to get to and there is tons to do in the surrounding area though.
Directions to The O2 Ritz Manchester

This is a place I have never played at, but it may be the one venue I hold dearest.
Over the years I have seen Tool here, The Damned, The Wildhearts, and tons more.

Visiting Manchester Academy As a Customer:
Maybe my favourite gig here was Radiohead, they had just re released their first album after Creep did well for them, so they had one final tour playing smaller (for them!) venues – and this was one such gig.
Sometimes you get lucky, a band will book a tour and after the tour is booked they hit it big, this was one such gig.
It was massively rammed, the atmosphere was insane and Radiohead were on top of their game, magic times, and what gigs are all about – The memories of this night are still vibrant, it’s a night I will never forget.
it was probably the last time Radiohead did a gig to 2000 people, and it was a pleasure being one of the crazy teens that made up the audience, stage diving and moshing was the order of the day.

The venue itself is another really pro set up, large bars, easy to get to, parking is OK with a multi storey a 5 minute walk away.
Directions to Manchester Academy

Live Music In Manchester – Still Incredible
So, there is a bit of a round up of Live Music Venues in Manchester that I’ve had top times at, either as a performer, punter, or both.
As I said earlier, this isn’t a list in any order, and there are of course a LOT of other great venues around Manchester – No doubt I’ll write about those too at some point.
The Breadshed, The Apollo, Zombie Shack, Night & Day, there really are tons of great venue here.

Madchester And Beyond…
In any case, I think the point here is I love Manchester, and the music scene here seems to be rocking on nicely, it’s great to be part of it.
We’ve got a long proud history of live music, with bands such as Joy Division, The Stone Roses, hell, let’s go way back – The Hollies were the tits in the ‘60s – They all played at venues like the ones mentioned above, and it’s that real sense of history that I think makes Manchester so important still, and a place that will still be vital in the future.

Peace Out for now…

Designer and founder of Gigsville. Guitarist and a bit of a nerd.
Into: All music, from Fugazi to Enter Shikari. Retro games, VR and family.
Best gig I’ve played in so far was with Tower Of Power at The Ritz Manchester 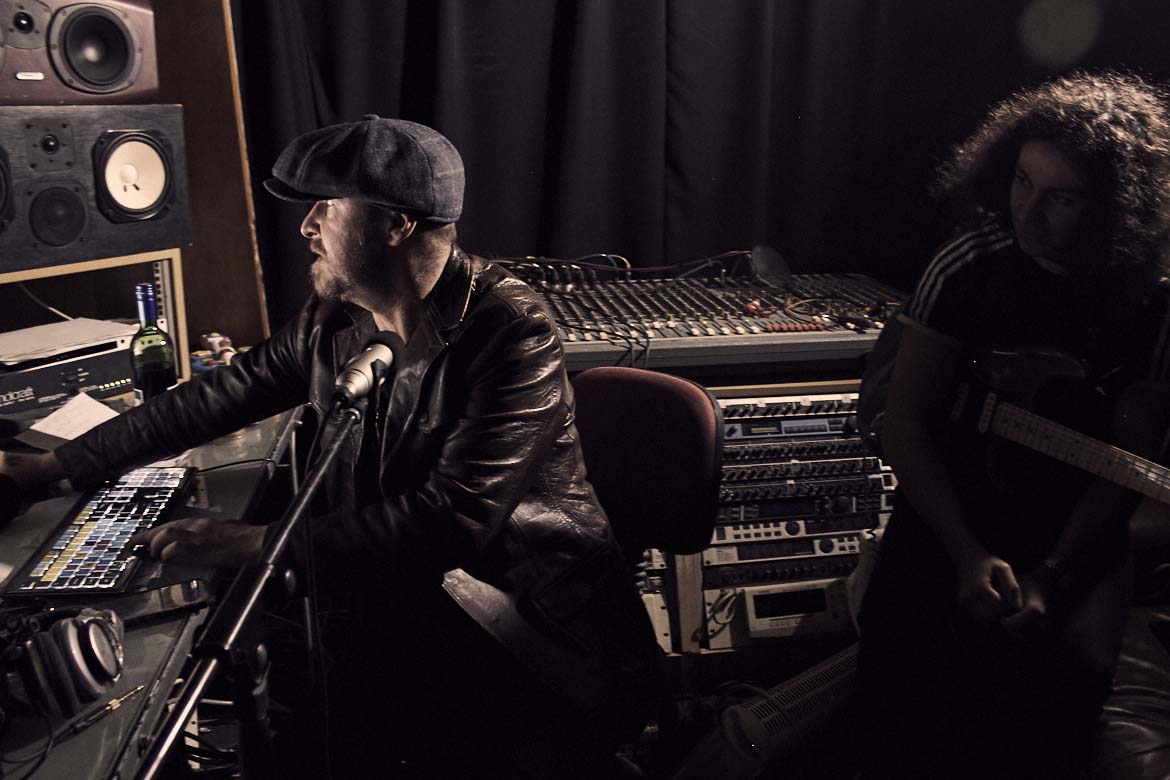